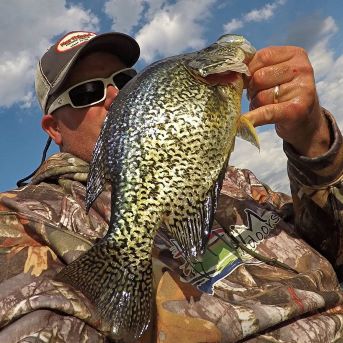 Favorite Technique: Jigging deep wedlines for crappies and trolling with leadcore for walleyes.

About: An artist by trade, Chad now displays his talents behind the camera lens, whether still or video photography. His artistic abilities led him to create HSM Outdoors, where he has teamed up with other avid anglers from his home state of Minnesota to North Dakota, South Dakota, Iowa, Wisconsin, Connecticut, Massachusetts, and into Canada. Their similar passion for the outdoors is captured on film and shared with thousands of viewers.

When Chad isn’t in the field, he spends his time painting and drawing images such as portrait’s, wildlife, and fishing decoy’s. He also values family time and enjoys taking the family out fishing.